All services are provided by a team of orthodontists and general dentists who are committed to providing our patients in Edmonton, Sherwood Park, Leduc, Red Deer, and Langley with orthodontic care that leaves them with a healthy, straight smile. 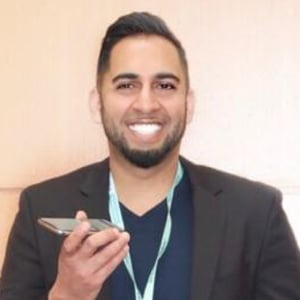 Dr. A.M. Hussain
REGISTERED ORTHODONTIC SPECIALIST
Dr. Amer Hussain is the owner of Pure Orthodontics and an orthodontist in our West Edmonton, South Edmonton, North Edmonton, Leduc, and Sherwood Park locations.  Dr. Hussain, B.Sc. Biochemistry, M.Sc., D.D.S., F.R.C.D., centres his approach to orthodontic treatment on early preventative treatment and complete facial enhancement.
Dr. Hussain was born and raised in Saskatoon, Saskatchewan. His lengthy academic journey to becoming an orthodontist began at the University of Saskatchewan where he completed his B.Sc. Biochemistry. From there, he earned his Masters of Science (M.Sc.) in Experimental Medicine from the University of Alberta, and then his Doctor of Dental Surgery (DDS) degree from the University of Alberta. Following dental school, Dr. Hussain packed his bags and moved to sunny Jacksonville, Florida where he concluded his training, earning his certificate of orthodontic specialty in 2010. He’s been focused on practicing orthodontics ever since, and moved to Edmonton to do just that.
Dr. Hussain is acknowledged by the Alberta Dental Association and holds a Fellowship in the Specialty of Orthodontics with the Royal Collage of Dentists of Canada. Dr. Hussain is proud to be an orthodontist in Edmonton and is pleased to work with all patients, both long-time and new, to customize their orthodontic care and treatment plan to suit their specific needs. 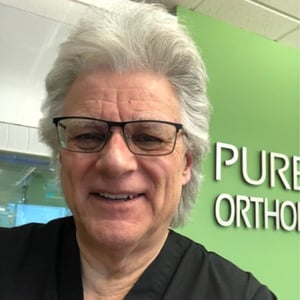 Dr. Paul Puszczak
REGISTERED ORTHODONTIC SPECIALIST
Dr. Puszczak was born in Calgary, Alberta, where he began his pre-dental training at the University of Calgary. He then completed his first degree at the University of Alberta, obtaining his Bachelor of Science degree, with a major in Biochemistry. He then obtained his Doctor of Dental Surgery degree from the University of Alberta. Following a year of private practice in Calgary, he returned to the University of Alberta where he completed his residency in the specialty of Orthodontics.
Dr. Puszczak is a member in good standing with the Canadian and Alberta Dental Associations, the Royal College of Dentists of Canada. Dr. Puszczak has been in private practice in Edmonton for his entire orthodontic career.
He works at Pure Orthodontics as a part-time orthodontist in our South Edmonton, West Edmonton, North Edmonton, Leduc, and Sherwood Park locations. 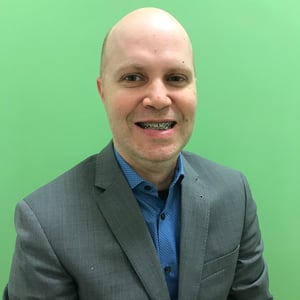 Dr. Shawn Woodruff comes from a small town south of Calgary.  He attended post-secondary school at University of Alberta, completing an undergrad in Pharmacy then graduating Dental school in 2016.  Dr. Shawn was an active member of the Canadian Armed Forces for ten years, starting right after high school as an air defenseman; then, later in life, as a dentist. He has worked all across Canada, including Yellowknife, Montreal, Borden and Wainwright.

Personally, Dr Shawn and his wife Angie run a very busy house with six children! His free time is spent coaching basketball, chauffeuring kids to extracurricular activities (who doesn't enjoy that), camping and hiking in the mountains. 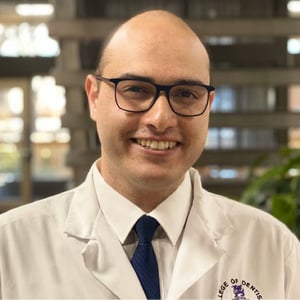 Dr. Awad was born in Egypt and raised in Manchester, UK. He received his Bachelor of Dental Surgery in 2011 from the Faculty of Dentistry, Tanta University in Egypt. In 2019 Dr. Awad moved permanently to Canada where he recently completed his Doctor of Dental Medicine (DMD) Degree from the University of Saskatchewan. After completing his schooling, Dr. Awad decided to pack his bags and move to Edmonton where he joined Pure Orthodontics and is proud to be a part of Pure Orthodontics team. Currently, he is a registered dentist in Alberta.

Outside the office, Dr Awad loves cooking, swimming, hiking and traveling around with his lovely wife Samar.

Speak to Our Doctors
If you believe that you or your child may need orthodontic treatment, book a free, no-obligation consultation to speak with a dentist!